As part of previous gatherings for the Milwaukee Declaration we assembled a “Next Steps” guide of resources for furthering the conversation. I am including that here with some updates for more recent resources:

If you are interested in continuing to learn more about how race and racism have defined life in America, and in our country’s churches and denominations, consider watching the following movies or reading the books listed below.

Strength to Love
Why We Can’t Wait
Where Do We Go from Here: Chaos or Community?

Selma of the North: Civil Rights Insurgency in Milwaukee by Patrick D. Jones
Evicted: Poverty and Profit in the American City by Matthew Desmond
The Color of Law: A Forgotten History of How Our Government Segregated America by Richard Rothstein

Racism without Racists: Color-Blind Racism and the Persistence of Racial Inequality in America by Eduardo Bonilla-Silva
The Origins of the Urban Crisis: Race and Inequality in Postwar Detroit by Thomas Sugrue
The New Jim Crow: Mass Incarceration in the Age of Colorblindness by Michelle Alexander
“The Case for Reparations” by Ta-Nehisi Coates

The Cross and the Lynching Tree by James H. Cone
The Color of Christ: The Son of God and the Saga of Race in America by Edward Blum and Paul Harvey
A Stone of Hope: Prophetic Religion and the Death of Jim Crow by David Chappell
White Awake: An Honest Look at What It Means to Be White by Daniel Hill
The Christian Imagination: Theology and the Origins of Race by Willie James Jennings
Roadmap to Reconciliation 2.0: Moving Communities into Unity, Wholeness and Justice by Brenda Salter-McNeil
Divided by Faith: Evangelical Religion and the Problem of Race in America by Christian Smith and Michael O. Emerson
Rediscipling the White Church: From Cheap Diversity to True Solidarity by David W. Swanson
The Color of Compromise: The Truth about the American Church’s Complicity in Racism by Jemar Tisby 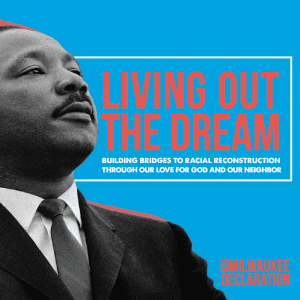